Once I saw on the sidewalk a man shooting up. He knelt at curbside as though praying, his skinny white ass peeking out from his too-tight jeans and too-short shirt. Thwap-thwap-thwap went his needle. We walked away before we could see him do anything. When we returned, he was gone.

The day before I’d seen on the sidewalk a handful of spilled needles. Their plungers were orange, and I recognized the orange-plungered-needle in the not-praying man’s hand. 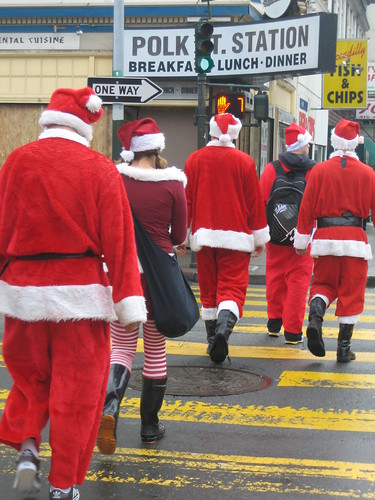 Once I saw on the sidewalk a man unconscious, an empty vodka bottle beside him. It was cold, and we wore our winter coats, and we saw how utterly still the man was. “Was he breathing?” I wondered as we passed. When we returned, we found an ambulance and police car, their red lights flashing, and we thought, Oh Christ, we walked right past a dead man. But then we saw the police officer standing casually, hands in pockets. We saw the paramedic shake the man – “Hey buddy” – and the man promptly sitting up.

“We saw him earlier,” we told the policeman. He was young-looking, smooth-cheeked.  He half-smiled and shrugged. 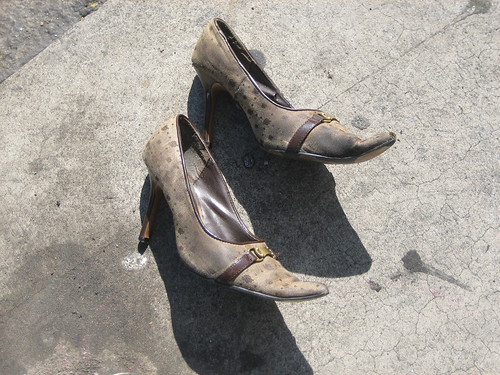 Once I saw on the sidewalk a young Asian woman. She wore all white and sat cross-legged with a trio of transients. She was describing something, her slender hands aloft, while the trio stared, rapt. She might have been a missionary but for the dark circles under eyes, her words slurring, in imitation of story.

Once I saw on the sidewalk a young white woman, her legs straight out in front of her, her feet as twisted as a dancer’s. She wrote intently in her notebook. A college student maybe. But then I saw her hair, wild like black tumbleweed. I saw what was she writing, not words, not pictures, but only the imitation of words, the imitation of pictures. Thick lines that went nowhere and everywhere, over and over, again and again.

I saw the young woman again later, bumping fists with an older black man who reeked of whiskey, then later again, shaking her head at the black man, in the rain, her eyes wide with fear. No, I don’t want to do that. No, I don’t want to go there. I saw her still again, not-drawing, not-writing, her legs straight out in front of her, in the middle of the street.

The next day she was gone.

Once I saw on the sidewalk a condom. Then another, and another. I have seen on the sidewalk used and unused condoms. What situation would warrant the sudden and immediate tossing of a used condom in the middle of the sidewalk, on a well-lit street, nowhere near an alley? Fornication against a building, or perhaps a car?

What of the unused condoms, still in their packs? Three in a row, bright purple? Was there a fumbling in a purse and dropping? Or was it tossing caution to the wind? Forget it, I don’t need these! Or was there a struggle, a threat? I don’t use condoms, the john said, knocking them out of her hand. Her need for money, a fix, that orange-plungered needle sliding warm into her arm. 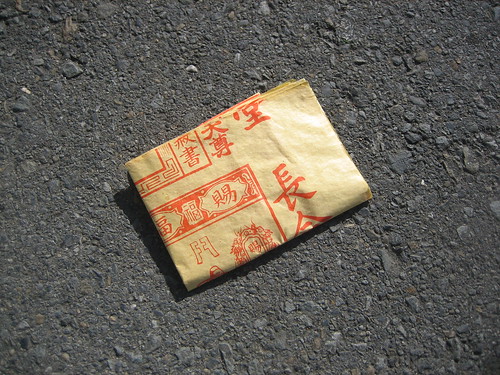 Once I saw on the sidewalk an old Chinese man. His gray hair reached past his shoulders and his gray beard reached his chest. His clothes were ragged. I was 10, and when we first passed him, on our way to the grocery store that smelled of fish, we didn’t see him. I only felt a pulling of my hair. I turned around, and the old Chinese man was grinning and pointing at me.

Once I saw on the sidewalk a Chinese boy, his legs crooked and covered in an inch of dust and grime. He bowed his head to the sidewalk, begging for yuan.

Once I saw on the sidewalk a white boy with dreadlocks. He was strumming his guitar and begging for change. He was filthy, his fingernails, his clothes, his face, but beyond the dirt I saw a clean patch of his milky white skin, his good leather jacket, his good leather shoes, his three hundred dollar tattoo, the pure-bred pit bull curled at his feet. 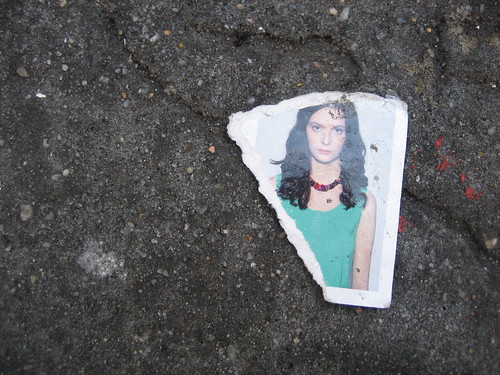 Once I saw on the sidewalk a ripped picture of a woman. Once a lonely plastic skull. Once I saw fish drawings, gold and black, gold for good luck, black to suck in the bad. I had just learned this, that black fish weren’t bad luck, that you were mistaken all these years, you and your mother, that my gift to you was not a bad omen, that while I am the black fish, I am not bad luck.

Once I saw an old Chinese woman paint Chinese characters made of water, water characters quickly evaporating, till once again they appeared under her water brush.

Once I saw a man drawing the world in chalk. The chalk would disappear. It would scuff under people’s shoes, the rain would wash it away, but still he drew as though it would last forever, as though it would remain as perfect, emerging from his dusty fingertips. 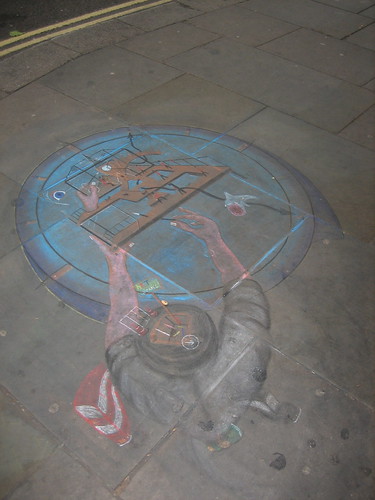 Once I saw on the sidewalk my own reflection in a dirty broken puddle. Once I saw my own shadow, long and lean, and wished I was as long and lean as my shadow. Once my father said, “I want to show you the name of our street,” but I didn’t see it. He was pointing up while I was looking down because the name of our street would be on the street, on the sidewalk, and that was when I saw my shadow, as tall as my grown-up self, in the orange of the setting sun, as tall as my father who was always the tallest father. I knelt down, and my grown-up self disappeared. I put my hand on the sidewalk. It was still warm.