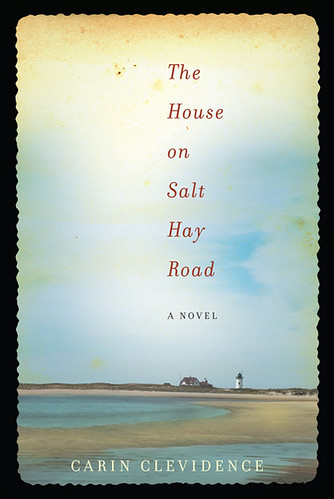 The action begins with the explosion of a fireworks factory, yet the dramatic opening is the least combustible element: The coming war and the New England Hurricane of 1938 offer built-in excitement, but the heart of the book consists of the shifting contours of family, of the subtle maneuverings of your clan when your own hopes and dreams do not mesh with the hopes and dreams that others have for you. Clevidence conveys the oft-suppressed desires of her characters in a prose style that’s restrained and beautiful, and her maritime setting is so vivid that you can practically lick the salt out of the air.

Manhattanites—before you turn away at the mention of Lawn Giland, this is not your Long Island: It is neither the commuterland of suburban conformism nor the tony summer outpost where professionals from the city go to tan with other professionals from the city, conveniently sidestepping the local culture on their way to get a lobster roll. The book’s prewar timeline allows Clevidence to showcase an entirely different region: the rural Great South Bay in the 1930s.

If you’re going to set your narrative in a salt marsh, it’s always best to know your flora and fauna, and Clevidence acquits herself well here: spartina, pepperidge, eelgrass, and cinnamon fern make appearances, and if you are too much of a landlubber to know what a scapper is, you’ll be a pro after a few pages devoted to crabbing. Clevidence also adds select period details that weren’t obviously cribbed from the almanac: “Mavis had made an orange sponge cake for her eighteenth birthday, as a special treat, and her niece had poked at it with the tines of her fork, unimpressed, as if oranges were as common as apples.”

The accident at the factory handily blasts away the social veneer to show the essence of each character in a family you’ll come to know as well as your own: Living under the same roof are 19-year-old Nancy and her 12-year-old brother Clayton (here be orphans!), their grandfather Scudder (the requisite old salt), their aunt Mavis (an avid baker and spiritual seeker deserted by her husband), and the taciturn but secretly passionate Roy (a bachelor and dilettante farmer). The title of the first section, “A Floating House,” is a metaphor for the transience of this multigenerational unit and a foreshadowing of the hurricane, and Clevidence effectively builds her house of fiction by giving each of her characters a turn in a close-third-person point-of-view.

Scudder’s reminiscences of his time in the United States Life Saving Service (a precursor of the Coast Guard) on Fire Island are mesmerizing, and the depiction of the relationship between Nancy and Clayton (more mother-and-son than sister-and-brother) is multifaceted. Nancy longs to take her brother and escape the stasis of her small town, and her relationship with a zoologist from Boston reminds us 21st-century girls of the limited choices available to women not so long ago. Meanwhile, Clay is already at home among the boatyards and snapping turtles of the bay and has no intention of leaving.

When the hurricane arrives, Clevidence’s prose conveys the exhilaration and horror with poetic grace: “A large, pale leaf, carried by the wind, flattened itself against the glass like a hand.” “With each blast of wind, bits of debris lifted off the surface of the water like flocks of misshapen birds.” (Dubbed the “Long Island Express” for its relentless forward speed, the storm hit without warning, swept houses out to sea, and left close to 700 dead.)

The House on Salt Hay Road doesn’t read like a first novel, which may have something to do with the fact that it reportedly took the author 15 years from conception to publication. Despite (or perhaps because of) this long gestation, the book has a lapidary quality that tempers its more sensationalist elements. I was initially leery of the praise-heavy book jacket featuring panegyrics from the likes of Jhumpa Lahiri, Annie Dillard, and Susan Choi. This time, however, the blurbs from high places weren’t that far off the mark. Clevidence has written a gorgeous, old-fashioned tale of love, loss, and forgiveness.

4 responses to “Love & Squalor: Actually, This Is Your Father’s Long Island”