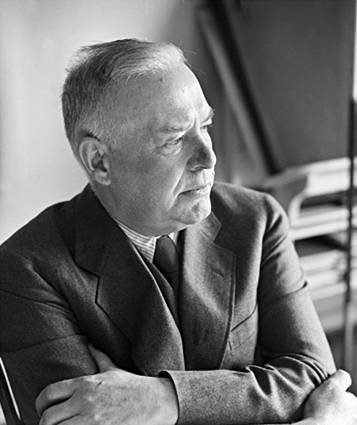 DH: I wanted to see how much trouble I could get into on the blog without the Guys throwing me off it. So I am going to start an occasional series on major works of poetry. I have come up with a really stupid title, as you can see, but that’s the first title I thought of, so I am going to use it.

Every activity that’s worthwhile in life is competitive. That’s the Greek in me talking. Reading is a form of competition as well. Reading poetry is a skill that you should have, like being able to swim. But being able to use a paddle board to get across the pool is not swimming. You can swim when you can do laps on your own. Likewise, if you haven’t read long poems then you haven’t read poetry. And if you don’t read poetry, then you are reading like a cyclops. You may think you are seeing with two eyes but you are only using one.

Some intelligent readers run away from poetry like they are afraid they’ll catch the plague from verses. But verses are not infected fleas. Reading is a competitive skill and reading poetry is like track and field. It’s like running the hurdles. You are presented with multiple challenges that you’ve got to dispatch in a hurry. You’ve got to feel great about your performance if you can do it.

Wallace Stevens was an insurance executive in Connecticut in the middle of the 20th century. Don’t think that his company were philistines and didn’t know they had one of America’s greatest poets working for them in the insurance game. They knew all right. I figure they didn’t yell at WS when they caught him writing verses at his desk but looked the other way.

I can only give a few hints of what’s in “The Comedian as the Letter C“. It’s like lighting a candle in a dark empty ballroom and trying to see to the other side. But I can make a few suggestions to get you started. Then you’re on your own.

Stevens larger poems are argumentative. This helps you follow them. The argument here is right in the first line. “Nota: man is the intelligence of his soil, the sovereign plot”. At first I typed “soul” for “soil” and had to backtrack to correct my mistake. But that’s a mistake I bet WS was tempting me to make. He most certainly means soil and not soul.

His central character is Crispin, an average guy, the kind who putters around in the garage and watches cable TV all weekend. The language is dense and ravishing: silentious porpoises, waves that were mustachios. Crispin is all at sea, literally and otherwise.

You take an ordinary guy like me, so used to the prosaic that his very self becomes a budgie in a cage and put him at the peak of the Columbia River Gap. No wonder I freaked out. No wonder Crispin freaks out when at sea or in the tropics. He’s blasted by the raw fuse of nature. Stevens’ lines coil like vines, they’re amazing. You’ve never read verse so absurdly luxuriant. Don’t let it throw you. Crispin is being thrown when he’s exposed to the density of the nature that he is a part of but has forgotten. The lines of the poem try to throw you so you can understand how C felt.

By section four, about halfway, through this six section poem, WS inverts his argument. “Nota: his soil is man’s intelligence.” In poetry you sense the larger rhythms of language. “Comedian” presents you with a huge chunk of language data. When WS inverts his master line, it’s like the tide has turned. What happens to Crispin, the huge dope, when he is is hit with the massive force of nature, hit with the source of what he is. Can he grasp it? Does he learn anything? Can you take this poem? Either you drown the poem with your own self, with your own reckoning of what this massive language beast is, or the poem drowns you. Jump into that pool and see what happens to you.

I never went back to the Columbia River Gap, incidentally.