Korean cuisine centres around two ideas: the first is to alleviate a hangover, and the second is to gain a stronger boner.

If it’s the boner enhancement you’re looking for, look no further than South Korea’s array of boner-strengthening products. The most well-known is dog meat. Yes, there is a reason for torturing animals to death and that reason is your penis. It’s a (Korean-proven) scientific fact that dog meat gives you a ferocious boner.

Another classic Korean cure for an uncooperative wang is live octopus. Sannakji is the practice of eating a whole live octopus and hoping that its tentacles don’t choke you to death. It was made famous by the movie, Oldboy. (Warning: Side effects include liver and kidney failure.)

If you’re opposed to hanging dogs and eating animals alive (you goddamn hippy!) then perhaps you might try a cup of ginseng tea, followed by a trip to the nearest brothel.

Are you sick of AIDS? Does SARS get you down? Have you been stuck in bed with Foreigner Swine Flu? Never fear! Korea has the answer! 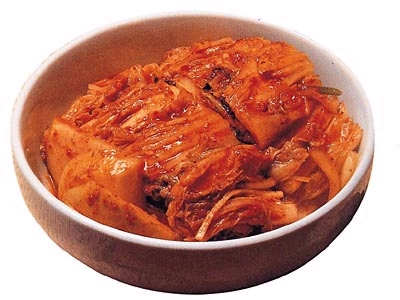 The answer, of course, is kimchi. Did you know that kimchi can prevent AIDS? Korea knows. Korea’s low AIDS rate has nothing to do with a blanket ban on HIV-positive people entering the country. It’s all thanks to kimchi. How about all those people that got SARS? They obviously didn’t eat enough pickled cabbage. What happened when scientists force-fed kimchi to birds with Swine Flu? 99% of them said that Swine Flu was no longer the biggest problem in their life.

Note: Kimchi can also be used to cure an upset stomach, alleviate cold symptoms and give you a more powerful boner. Side effects include stomach cancer and rancid farts.

Feeling not so fresh? Got an achy vagina? Korea has another wonderful solution to your most intimate of problems, and it’s been endorsed by the LA Times!

The answer is, obviously, to squat over a bowl of boiling water. After all, nothing says healthy genitalia like boiling water. The steam bath is said to “reduce stress, fight infections, clear hemorrhoids, regulate menstrual cycles and aid infertility, among many other health benefits. In Korea, many women steam regularly after their monthly periods.”

So, this Christmas, get the women in your life the greatest gift of all: a bowl of boiling water. And, perhaps, an open-crotch chair to help squat.

61 responses to “If Santa Was Korean…”