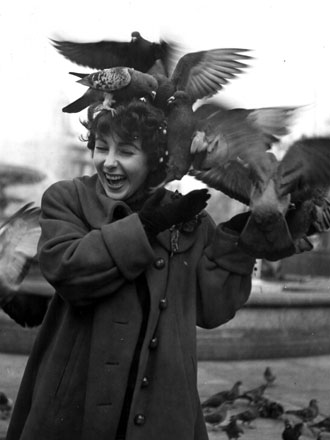 TAGS: at least I can laugh at myself, birds, boredom, commutes, meghan maguire dahn, pigeons, superdoves