In order for a collection of short stories to work, the reader must be pulled into the narratives and settings as quickly and thoroughly as possible. In Vampire Conditions, a slim volume of grotesque stories by Brian Allen Carr, the immersion and compassion is palpable from each opening sentence. We are past the tipping point, along for the ride, and the destinations are always unexpected. These are cautionary tales bound with bruised human flesh, taut and cracking from the tension. 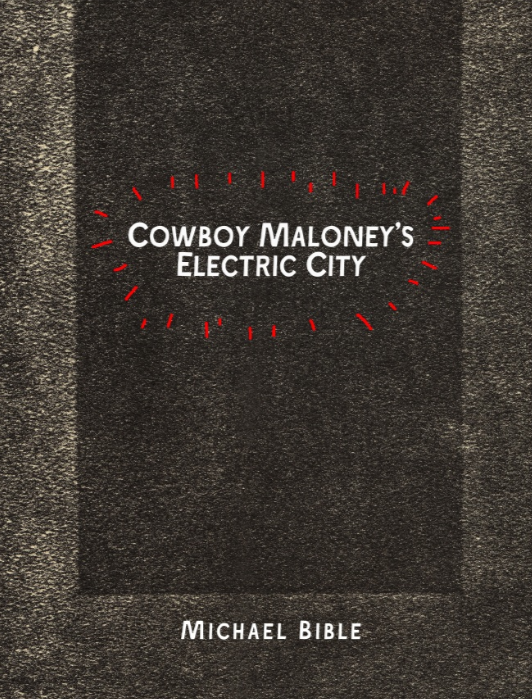 DH: Kyle Beachy’s heartland debut, the coming-of-age novel The Slide, was published by the hyper-selective Dial Press in January of 2009. The Slide takes place in St. Louis and I joined a St. Louis Cardinals fan club while I was reading that book. I’m not even a baseball fan. But I was carried away by The Slide’s uplifting regionalism.

Right now, Kyle is gearing up to teach a course in David Foster Wallace’s Infinite Jest. I was able to catch up with KB between semesters and he provided the Guys with the knockout post below. Reading Kyle’s post made me wish I could audit his class.

When We Fell in Love by Kyle Beachy

My first reading of White Noise took place outdoors, in a reclining deck chair with my feet up against the log railing outside of a friend’s parent’s log home built onto a mountainside in Summit County, state of Colorado. I mention this for two reasons. First, to clarify that I was then, as I had been all of my life, plugged neatly into a world of American wealth and wasteful consumption, which made the big red DeLillo target on my back all the bigger and redder. I had also just finished college, and so (second reason) having the freedom to read this way and not have to think in terms of analysis was weird for me and sort of uncomfortable. Halfway through I realized I was underlining and writing marginalia, though I didn’t know why. It was also, incidentally, the first week of September, 2001. (If the date matters, which it might, it matters in such a nuanced and personal way I probably shouldn’t even begin.) I can’t recall where I was when I first read Haruki Murakami’s Norwegian Wood. I do know that when I tried to read it a second time it did not take, and so I was for certain in Chicago, where trains rattle overhead and the wind carries knives and winter comes like a trade embargo, fully-armed with tanks and warships; a city, God bless it, that is frankly no place for a love story. The only reason I went looking for this most famous of the early Murakamis was because I’d read Hardboiled Wonderland and the End of the World as an undergraduate and fallen deeply for the novel’s quiet take on apocalypse. It is a mad scientist and his fat daughter in pink, Inklings crawling through dark tunnels beneath Tokyo, and a protagonist (who is two protagonists, actually) caught between two warring systems (that are one system, actually). Plus also unicorns that do just fine without rainbows, which good luck finding too many of those. I bought my copy of Denis Johnson’s The Name of the World from one of the grumpy, ageless men who unfold their tables of books on Bedford Avenue, in Williamsburg, and then stand towering over them while avoiding eye contact and seeming just outrageously put out when you ask how much one of the books costs. It is a hardback first edition of a book I had read in paperback years earlier while traveling, and then left on some bus somewhere and forgotten almost completely about except for one line that stayed with me, and which was the sole reason I handed the man four of my dollars even though he was a big fat asshole and my luggage was already full and I was running late for meeting a journalist, and was nervous because he (the journalist) was going to interview me about writing, and “struggles” and I had never really been interviewed before, and I was scared. It really is an amazing line, subtle and easily grazed over but surely the sort for which we should all bow to Johnson, one which equates the farthest limits of human emotion with our smallest efforts of mere existence.

The flight home from New York gave me time to read in search of that line. I didn’t find it until page 87, and by that point I had decided that the younger me had gotten the book all kinds of wrong, and wrong in the way that only the older, aspiring writer me could diagnose. Because, though bizarre and puzzling in terms of structure and movement and scope, The Name of the World is stacked full of magic moments of grace and horror and wonder, all described in language that is, if nothing else, distinctly Johnson’s. That is to say, the novel is perhaps not great but the lines it contains most certainly (sometimes) are. Here is the sentence I went searching for, plus the set-up that comes just before:

Her blouse was sleeveless and her armpits stained with wide blotches of sweat. I made a note to myself — I had to get to a chemist someday, and ask if sweat is the same substance as tears.

If White Noise educated me through its trafficking of negatives and its America of misinformation and misunderstood systems, and Hard Boiled Wonderland taught me the value of a steady narrative hand in treating wild imagination, then The Name of the World opened my eyes to the beauty of imperfection, the simple truth that writing, like reading, is a process, one in which small successes will often find themselves surrounded by larger failures, and that the resulting imperfection, each unique admixture of good and bad, is, in a very real sense, the entire point.