Nutt’s other books include the poetry collection Wilderness Champion and two chapbooks—Here Is My Adventure I Call it Alone and Ars Herzogica (dancing girl press). Her writing has appeared in online and print journals, including Cosmonauts Avenue, Joyland, Ninth Letter, and Salt Hill. Poems have appeared on Verse Daily and in the Best of the Net Anthology. She graduated from Syracuse University’s MFA program in Creative Writing and lives in New York. It is being reposted in memory of Giancarlo DiTrapano (1974-2021), founder and publisher of Tyrant Books. He died unexpectedly on March 30 in New York City. No official cause of death has been reported as of yet.

I didn’t know Gian well, but I did know him a bit. He was always kind, always memorable. One of the few true originals out there, and certainly an original in the world of publishing. He did very good work and helped shepherd the publication of books that will far outlive him. He made a positive difference in the world.

My heartfelt condolences to his friends and family. He will be greatly missed. Now playing on Otherppl, a conversation with Laura Bogart. Her debut novel, Don’t You Know I Love You, is available from Dzanc Books.

Bogart is also a non-fiction writer who focuses on personal essays, pop culture, film and TV, feminism, body image and sizeism, and politics (among other topics). She is a featured contributor to The Week and DAME magazine; her work has also appeared in The Atlantic, The Guardian, SPIN,The AV Club, Vulture, and Indiewire (among other publications). She lives in Baltimore. Mark Guerin is the guest. His debut novel, You Can See More From Up Here, is available from Golden Antelope Press. It is the official December pick of The Nervous Breakdown Book Club.

Guerin is a 2014 graduate of Grub Street’s Novel Incubator program in Boston. He also has an MFA from Brandeis University and is a winner of an Illinois Arts Council Grant, the Mimi Steinberg Award for Playwriting and Sigma Tau Delta’s Eleanor B. North Poetry Award. A contributor to the novelist’s blog, Dead Darlings, he is also a playwright, copywriter and journalist. He currently resides in Harpswell, Maine, with his wife, Carol, and two Brittany Spaniels. Now playing on Otherppl, a conversation with Peter Stenson. His new novel Thirty Seven is available from Dzanc Books. It is the official February pick of The Nervous Breakdown Book Club. Now playing on Otherppl, a conversation with Katya Apekina. Her debut novel, The Deeper the Water the Uglier the Fish, is available from Two Dollar Radio. Buzzfeed, Kirkus, and Entropy call it one of the best books of 2018. Now playing on Otherppl, a conversation with Genevieve Hudson. She has published two books this year. A Little in Love with Everyone (Fiction Advocate) is a work of queer commentary and Pretend We Live Here (Future Tense) is a story collection. Now playing on the Otherppl podcast, a conversation with Elizabeth Ellen. She has a new story collection out called Saul Stories, available from Short Flight / Long Drive Books. Earlier this year she published a novel called Persona, and a poetry collection entitled Elizabeth Ellen is forthcoming. 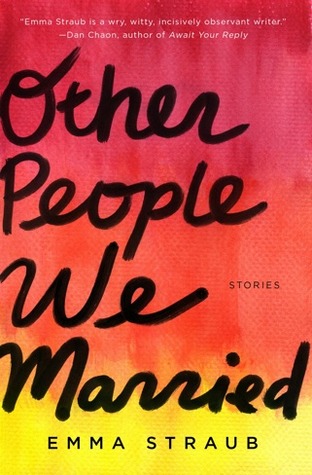 I first encountered Wendy Chin-Tanner when she submitted a choice little poem for TNB.  In corresponding with her I came across A Wave Blue World, the Indie Comics company she founded with her husband, Tyler.  I was immediately intrigued by their approach to the practicalities—the difficult process of producing a high-quality graphic novel.  I was especially intrigued by the approach the company is taking to fund their latest project, American Terrorist.  Yet another area where it seems to me that independent media must be the future. Recently, of course, TNB has announced its own foray into the indie publishing business.  I know that the world of comics has always been a parallel universe to that of book publishing, so I was curious about the parallel evolution of the independent branch in graphic narrative.  Tyler was kind enough to offer a peek behind the scenes of a venture at the vanguard of small publishing of indie comics.