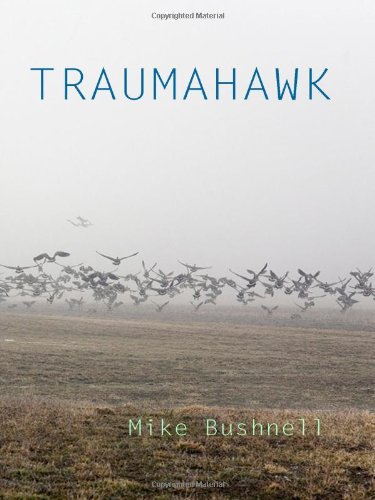 When I was in sixth grade this new restaurant opened up a few towns over and everyone was excited because there was almost nothing else in the area except Friendly’s, a well-known purveyor of inedible slop. So my parents slicked back our hair and loaded up the Impala wagon for the grand opening of The Mis Steak. It was covered with balloons. Laughing families shook hands in the lobby, coming and going. Our waitress was poured into her uniform like a perky butter pat. Dad ordered a second beer. There were free cupcakes. Mom left a big tip and said we’d be back soon.

Of course, the place went out of business in about six weeks. The Mis Steak had been doomed even before the workmen finished lowering the sign into place. Friendly’s is still there. Moral: names matter. JR: I first discovered Eric Puchner when his debut collection hit the big time, Music Through The Floor. It reminded me of a young Tobias Wolff, especially poignant and heartfelt, but cold with realism, maybe like Carver and Ford.  I know that’s heavy praise, and his new novel, Model Home is about to hit the stores, so check out this essay, as a kind of preview…

It’s hard for me to name a single book that made me want to be a writer, since every good book I finish makes me want to sit down and write, but I do remember the first one I fell in love with as a physical object.  This was The Stories of Ray Bradbury.  My older brother got it for Christmas one year, when I was ten, and like all my brother’s things—his Zig-Zags and roach clips and guitar straps—it held a totemic power over me.  I couldn’t take my eyes off it.  The book was huge, over 900 pages, and the cover looked like a T-shirt from the seventies: bubble letters shooting toward you on psychedelic beams of light, as if being projected from some nether region of space.

And that’s what the stories inside felt like to me: alien dispatches that were just now reaching Earth.  They were dark and freaky and often had savage little twists at the end.  There were a hundred stories in there, and I read every one of them at least once.  Some of my favorites—like “The Aqueduct,” about an aqueduct that ends up transporting human blood—I read many times over.

Up till then I think I imagined books just wrote themselves, products of immaculate conception, but something about the prominence of Ray Bradbury’s name on the jacket, its psychedelic marquee, made me think about authorship for the first time . Someone had sat down somewhere and written these things, all one hundred of them.  It seemed like a superhuman feat.  I haven’t dared to pick up the book since—I’m too worried about those twists, how I’d feel about them as an adult reader—but I sometimes think of those hundred stories when I’m procrastinating at home, checking my email instead of finishing a paragraph.  Somebody wrote them. It was many years later, my first year out of college, when I read another collection of comparable heft and minimalist design.  This was The Stories of John Cheever.  By this point I’d decided I wanted to write stories of my own, and the book was a revelation, a real so-this-is-how-you-do-it experience.  I was working as a baggage handler in Salt Lake City and couldn’t have been further from Cheever country if I’d landed on the moon.  But from the first story—the gorgeous “Goodbye, My Brother”—I was slain.  I read the book in four or five sittings, in what seems to me now like an altered state.  Sixty-two stories, filled with passages of outlandish beauty.  Many of the stories are masterpieces.  I keep my original copy of the book—bound with duct tape and faded to a salmon pink—on my desk.

Writers usually have one or two major gifts, but Cheever seems to have had it all: emotional depth, dazzling language, expert storytelling, a sense of high-wire daring, a mastery of tone that treats the comic and tragic as cosmic bedfellows.  His milieu of doormen and high balls and pool parties seems a bit dated now, as quaint as the name Shady Hills, but his great theme— desire subjugated by dailiness—feels timeless.  I can’t think of any story that more eloquently captures the trajectory of life, from the invincibility of youth to the exhausted befuddlement of old age, than “The Swimmer.”  From Cheever, I learned that the best way to describe something honestly is to acknowledge that it won’t be around forever.  It’s the whiff of death in his stories that can make the description of an old church or a beautiful babysitter or a train station at dusk stop your heart.

And his endings!  It’s become a cliché to say that story endings should feel like “inevitable surprises,” but Cheever’s endings are so perfectly surprising they leave you speechless.  There’s the famous “kings in golden suits” at the end of “The Country Husband,” or the naked women walking out of the sea in “Goodbye, My Brother.”  There’s the ingenious way that the first and last sentences of “Reunion” repeat the same phrase yet contain a complete reversal of meaning.  There’s the baptism at the end of “The World of Apples,” when the famous poet who’s inexplicably begun to write obscene limericks leaps into a swimming hole as he once saw his father do, emerging cleansed and inspired.  It’s the way I felt at ten, and the way I feel now after reading Cheever’s remarkable stories: restored and suddenly alive, my eyes open again to the strangeness of the world.