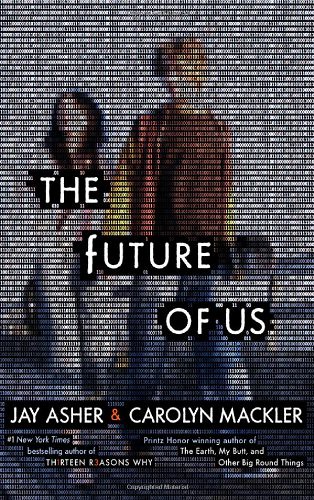 I. Where Past, Present and Future Collide

The first “psychic” reading I got some 12 years ago was involuntary. A shoddily clad heroin addict in Hamburg screamed my future at me: “YOU WILL DIE WITHIN THE NEXT THREE YEARS!” Pressing my face against the subway window I quietly started sobbing.

The next day I went to the doctor. He couldn’t find anything wrong, but suggested I go see a therapist.

I recently discussed the effects of disruptive technology on the publishing business with a well-regarded novelist friend. Let’s call him “Mitch.” Well, Mitch went on and on decrying the demise of proper publishing gatekeepers, bitter about the fact that younger “talent’ no longer has to put in their dues, they can just pimp themselves out to the masses without regard for depth or quality. He drew an analogy to the music business, talking about recently being the only customer in a large record store. Do record stores still even exist? Also, why bemoan the demise of traditional publishing? Real talent will always benefit from disruptive technology. Isn’t it better to go directly to market than be judged on your ability to schmooze executives at Harper Collins?

Hello. My name is Darci, and this is my first TNB post! It’s nice to meet you.

I know a little about you. I asked around some, and I’ve seen you hanging out here, writing and commenting on stuff. You’re charming–all of you. You’re funny and smart and I can tell there’s a lot going on upstairs.

But I should probably tell you a little bit about me. Not because I’m particularly special or fascinating (I am, but that’s neither here nor there), but because it directly affects you, and I feel like a little fair warning is the least I can do.

I used to think my judgment was impaired when it came to beginning new relationships, romantic or otherwise. I generally give people I like the benefit of the doubt and hope they turn out to be as charismatic and smart and in possession of the basic skills one needs for human survival that I believe them to be.

But that has rarely been the case.

Okay, at first, maybe I was to blame. I was young. I did stupid things and I let stupid things do me. I mean, if one dates a 25-year-old Philosophy major who lives with his parents, hits on high school girls (in front of you! and her parents!) and keeps a bottle of Drakkar Noir in his Camaro’s glove compartment for the days when he forgets to shower, then one kind of deserves the disappointment and disillusionment one inevitably suffers. All bets are off, basically.

But then I started making better choices and the outcome never changed. I learned! I grew! I progressed in my partner selection, from bass players to drummers to guys who weren’t even in bands at all!

Still, things kept ending the same way. Often (more often than seems fair–or even logical) I ended up orchestrating and facilitating my partner’s hospitalization, rehabilitation or adoption of a 12-step program (sometimes all three!).

What I’m saying is: I keep choosing different people. They keep going to rehab.

He’s been clean for years.
Rehab.

Not at all the ‘tortured artist’ type.
Rehab.

“Shut up and explain what this has to do with me!” is something you have every right to be saying now.

Frankly, it means you’re going to rehab. Let’s face it, I think you’re really good looking. And you seem smart, and functional and a lot of fun. I think this could really work out between us. I mean, no pressure. I’m not saying we should move in together or anything. But there’s a chemistry here. I think we could start at third base and see what happens.

And if history has proven that it isn’t my choosing that’s to blame, we must agree that rehab is simply a foregone conclusion. You’re going, and I’m going to help you get there. It’s pretty much a done deal.

So let’s turn our collective frown upside down. Let’s accept it and climb on board! Let’s look for the silver lining! I mean, there are clear benefits to early detection.

1. You’ve got a chemical dependency problem to look forward to, which usually starts out really fun.

2. We know what’s coming, so we can plan around it–work it into our schedules. It’s on our radar, so it doesn’t have to be such a fucking surprise this time.

3. You’ve got someone to help you through this. And I’ve done it before. A lot. I’m good, and I’m not going anywhere. So you can relax and start enjoying all the spiraling out of control!

Like I said before, it’s very nice to meet you, TNB. I have a feeling we are going to be very good friends.

Now let’s kick this shit one day at a time.

This is a photograph of being in love.

It’s a picture of a feeling in a moment.

It’s a record of a time when the whole world came alive.

I took it from inside a girl’s convertible.