Pierre Bayard’s ode to philistinism, Comment Parler des Livres que l’on n’a pas Lus, or How to Talk About Books That You Haven’t Read is a unique experience. Upon completion of Bayard’s work (one wonders if Bayard himself ever read his own book), I found myself first outraged, then confused, and finally, a little constipated. I thought to myself, “How does this boorish Frenchman claim that a perfunctory flip-through of Anna Karenina should suffice for an understanding of St. Petersburg’s high society during that time—or Jasper, Missouri’s, home to the Double Deuce for that matter?” Can this Bayard be serious? Can we really talk—intelligently—about books we’ve never read?

On the jacket cover of his aggravating book, Mr. Bayard leans against a railing next to a dumpster leading up to a whorehouse, staring at the reader as if to say, “Hey, I’m French—perhaps you’d be interested in some beignets after I’m done with these prostitutes.” 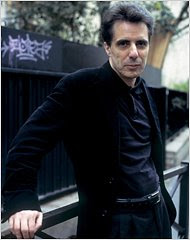 He also claims that he is a professor of literature at the University of Paris. As intellectuals, it’s safe to assume that we’ve all been to Paris—but has anybody ever seen this alleged university? Not I. All I saw in Paris was a gift-shop full of chocolate Eiffel Towers at Orly airport, as nobody was kind enough to direct me to my time-share in the 23 rd arrondissement, with what they assured me was a “first-class” view of the Bastille. It seems the French have a knack for deception, while bringing out the worst pseudo-intellectual hobgoblins into the cultural milieu.

Bayard begins by making the ridiculous claim that readers may finally “shake off the guilt” of not having read the great books that shape our world. Be careful with guilt, Mr. Bayard. Had you finished Roadhouse, you might sing a different tune when it comes to washing oneself of both corporeal and spiritual guilt. Do you have any idea what happens at the end? The bristling irony that clips at the thin threads of your argument? I assure you, the culmination of tropes during the end game of Swayze’s opus is terrifying—truly something that stays with you, like a disease, or a small dog stapled to your leg, gnawing at your testicles (not always, but a lot of the time). Read (or watch) the end of this, and you will rethink your gilded shit-head ideas on guilt.

As a freelance intellectual, I often find myself asked to contribute a book review, or deliver a lecture extempore after Jonathan Safran Foer has cancelled. So, I’m no tyro in this sphere. Mr. Bayard recommends that to lecture on a book one hasn’t read, it’s essential to “put aside rational thought and…let your sub-conscience express your personal relationship with the work.” Similarly, to review an unfamiliar book, Mr. Bayard counsels, “closing your eyes to perceive what may interest you about [the book]…then writing about yourself.”

Let me state categorically that allowing the sub-conscious to intervene during a lecture is a dangerous thing. I recall a commencement speech I was asked to give at Princeton (after Jonathan Safran Foer cancelled), in which my goal was to make a connection between the gateway to adulthood and the battle scene against the Cubans over the corn fields of middle America in James Joyce’s, Ulysses. At the time, I was 40 pages short of finishing Ulysses, but I panicked for one brief moment, allowing my subconscious to creep in and reference the heart-pumping Patrick Swayze vehicle, Red Dawn to fill in the gaps created by my literary malfeasance. The audience chortled and squirmed with typical Princeton fatuity, and I spent the rest of the address huddled under the gown of Joyce Carol Oates. Years later, when I explained at a PEN meeting to Mrs. Oates that I had, in my youthful folly, dared to reference a book I had not completely finished and I was soooo sorry and I now know that the varsity football team in Ulysses were fighting Communists, not Moonies, Mrs. Oates gave me a coy smile and sort of whispered, in that way she does, “Would you mind getting me a another vodka gimlet?”

As for book reviews, I don’t have the faintest clue where Mr. Bayard gets off. Close my eyes and write about myself? What kind of self-aggrandizing, philistine claptrap is that? I was once stuck sitting next to Michiko Kakutani, book reviewer extraordinaire of the New York Times, on a flight to Zurich, and it turned out we were both reviewing the same new translation of Don Quixote. After we agreed that one of the key requirements of criticism is the removal of oneself from the work under consideration, I made a reference to the end of Don Quixote, when Sancho Panza is about to join in the rumble between the “Greasers” and the “Socs”, and how it’s a metaphor for the craft of writing. I think she must have been forced to digest this burst of protean insight, because for the rest of the flight, she said little. I remarked how every time I met Gore Vidal, he would sound a rape whistle and hog-tie me to a fire hydrant, and Michiko droned on as usual, always trying to one-up me with her one story; you know, the one she never finishes about, “Stewardess, can I change seats?” What’s the point, Michiko? It’s not even a story, per se.

The truth is, we read for any number of reasons: we crave a good yarn by the camp fire; we savor the world of words created by our greatest artists; we feel a preternatural magnetism toward an understanding of how and why we are the way we are; perhaps we are having a bowel movement. What Mr. Bayard suggests is an approach toward reading, and a discussion of reading, that goes against our nature. We are not partial beings—we are complete—complete in the sense that our minds create our realities. Mind is life. We must subscribe to life whole-heartedly, eschewing the notion that a partial understanding of our world, our ethos, our pathos, is tantamount to a full life. Anything else is a bourgeoise conceit! Dumbing-down displays the utter convenience of ignorance!

Bayard is a travesty of nature, like a Gaulloises-puffing ogre. His mongloid understanding of human nature will eventually lead to an early demise. He is a French Hamlet (although presumably shorter), pathologically self-destructing at every turn, although you’d think he might have learned something from all that post-mortem correspondence with Whoopi Goldberg. And yes, he escapes, but at what cost? What now will his wife Molly do? Can you have sex with a ghost? Is Claudius really going to poison a glass of Mouton Rothschild just because Baby Houseman is a Jew? And what of the Roadhouse?

I am reminded of something Flaubert said upon completion of Madame Bovary: “Quelle atroce invention que celle du bourgeois, n’est-ce pas?” Had Bayard finished Madame Bovary, he would have recognized—as Special Agent Johnny Utah did about Bodhi right before the appearance of Rodolphe—not everybody wants to be rescued from the fifty year storm.